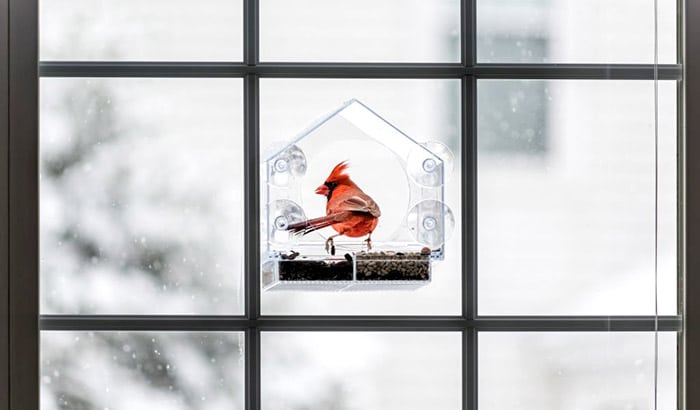 Cardinals are one of the most beautiful birds you can see in your backyard. Although most of them are the shy type, you will be mesmerized by the stunning plumage and their brightness once they are in your place. However, they have this annoying habit of flying into the windows, especially during the mating season.

So, why do cardinals fly into windows? One notable reason is the bird’s territorial trait. They think that their own reflection in the window is a competitor, making them continuously attack it. Other reasons for this unique habit of the cardinals are listed in this article.

Unknowingly Feels Threatened By Their Own Reflection

Many bird enthusiasts ask why do male cardinals fly into windows. It is because, by nature, cardinals are very territorial. During the breeding season, the cardinals will do anything for their objective, which is to reproduce.

When they see their own reflection, the bird will think that it is a threat. Male cardinals, by any means, will protect their mate, protect their own territories, and guard their baby cardinals at all costs, making them unintentionally attack their reflection in the windows.

This territorial habit is also the reason why do female cardinals fly into windows. They are so protective of their nest that if they see their own image in the window’s reflection, they will fight it unknowingly.

If you think that the cardinals are stupid, they are not. They are just aggressive by nature, and seeing their reflection will make them feel they are being threatened. So, it is normal for the cardinal attacking their own reflection, thinking that it is another bird.

Birds, including cardinals, also have difficulty seeing glasses such as those found in windows. A glass reflective of something on both sides of the object will appear see-through in their eyes. This information is the reason why they are also having problems dealing with buildings that are lighted at night time.

Birds having difficulty seeing clearer glasses will also fail to recognize this physical barrier. If people sometimes fail to recognize a glass door, it can also happen to birds. There is a situation where the glass reflection of your window is dense outdoor vegetation, the cardinal will think that they are flying in a clear path which makes them hit the window unintentionally.

It is also worth noting that those birds that grow in the urban area do not do too many window strikes. The probable reason behind it is they are accustomed to and learned how to live in a place with so many glass windows.

Eating Berries Can Get the Cardinals Disoriented 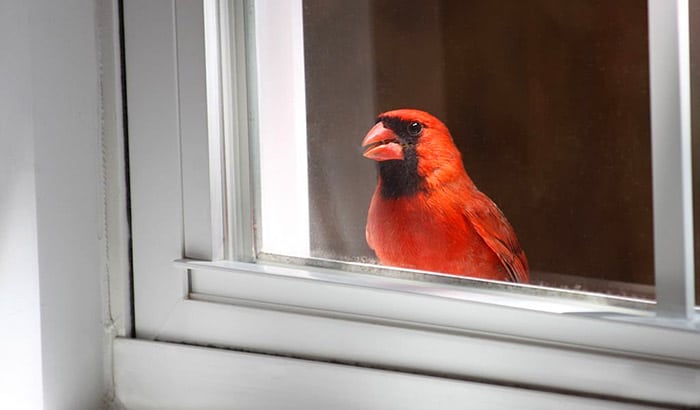 Cardinals like to eat berries which are considered one of their favorite foods. But eating fermented berries can make them disoriented or confused. This state of confusion will also make them attack windows continuously.

This scenario usually happens during the winter season when there is a scarce natural food supply. The cardinals, with no other option, will eat fermented berries. The only issue is that this type of berries comes with high sugar content.

Cardinals Can Get Distracted By Too Much Lighting

This situation usually happens during migration. It is mentioned earlier that birds usually travel at night during migration. The problem is that there will be too much lighting on the street, windows, and even in vehicles during the night.

This too much lighting in their path can make them confused and get distracted, which can result in the birds hitting on windows and other places. This situation also happens when they go to the place where they sleep, which usually occurs when the sun goes down.

There are also some instances in which predators can feel threatened during the night. This situation will make the cardinals fly in a hurry, but all the light can make them distracted to make them unintentionally hit the windows.

There are many reasons why do cardinals fly into windows. But the most common reason is being territorial, and seeing their own image will make them feel threatened by other birds. But this annoying habit of the cardinals can be solved by finding ways to eliminate the reflection, and there are many methods to do that.