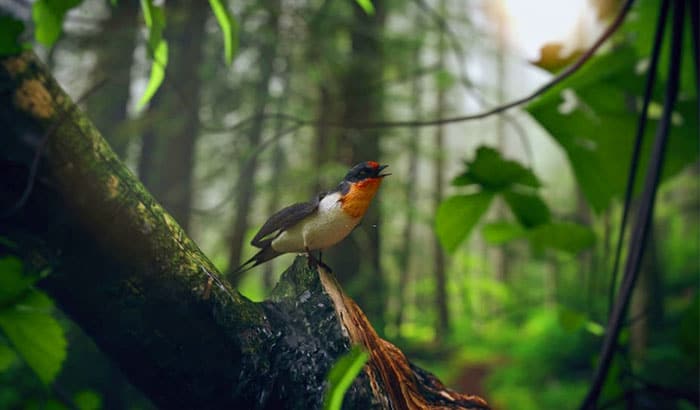 Why, oh why, do birds disturb your good night’s sleep by making a ruckus at night? This post will explain to you the answer to that annoying question. Indeed, why are birds chirping at night? It’s not for survival, not individual survival, at least. And it’s not for your pleasure. It’s actually for the survival of their kind.

Today, I will explain why birds chirp at night. I will even cover that very specific problem of why do birds chirp at 3 am. And lastly, I will show you how to stop birds from chirping at night.

Why are Birds Chirping at Night?

Several theories exist as to why birds display their singing prowess in the cold and dark hours of the night. Scientists actually call this singing phenomenon the dawn chorus, and they recognized that it usually starts around 3 or 4 am. The same scientists tried to figure out why birds chirp even as early as dawn.

The first theory regarding why birds chirp at night, especially in the very early hours of dawn, is that birds have nothing better to do. They can’t forage for food or build a nest in the dark. But the dark can’t interfere with their social lives.

Birds primarily chirp to connect with other birds. For example, why do hummingbirds chirp? They chirp for a lot of reasons, all of which are social. They chirp to warn other birds of a predator, to let others know that the territory is theirs, and to communicate with potential mates.

In the dark hours of dawn, birds might be chirping because they can still socialize even though it’s dark.

To Better Their Reputation

Singing is a big deal among songbirds. Singing in the very early hours of the day lets others know that you are still alive, healthy, and strong enough to put out a proud song. Singing takes a lot of energy for birds, singing loud at dawn shows prowess.

Singing louder and clearer at night or dawn sends the message that the bird is strong enough to survive the night. It also shows that they are also strong enough to take charge and defend their territory. Plus, it is attractive to potential mates.

Another theory why birds chirp so loudly around dawn is because birdsong sounds better at this time of the day. During this time, the air is cooler and drier, which makes sound travel clearer.

Singing at dawn produces clearer and more consistent sounds than any time of the day. Perhaps, birds use this time of day to chirp proudly so other birds can know who is in charge of a certain area. Their song sends a clear signal to everyone and lets other birds identify which bird is singing.

How to Stop Birds Chirping at Night? 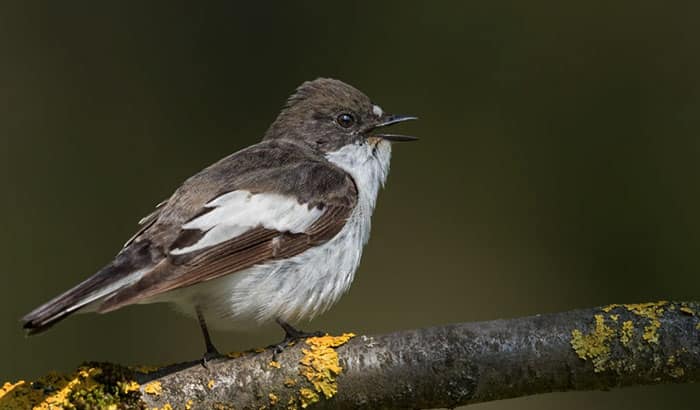 Birds chirping their tiny little throats out in the middle of the night is stupendously annoying, to say the least. Is there a way to stop it? Unfortunately, no.

However, there are ways to limit the disturbing chirping from ruining your good night’s rest.

Related:  Do Crows Attack Other Birds

The most effective way to ensure you don’t hear chirping birds at night is to ensure there are no birds in the first place. Bird repellents are products designed to discourage birds from landing or nesting or roosting around an area.

These products do not harm the birds, but just keep them at bay and far away from disturbing your sleep. The disadvantage of this is that you will have to remove the deterrents every morning if you want to see birds around your property.

Another smart option is to play the sounds of other nocturnal predatory birds. These sounds will scare away any songbird.

White noise can serve a dual purpose in this particular predicament. One, they can drown out the intrusive chirping of cheeky songbirds at night. Two, they can actually provide a calming background noise conducive to a good night’s sleep.

Options for white noise include a fan or the hum of an air conditioning unit. However, you don’t have a lot of control over these sources of white noise. I suggest using a white noise app for several reasons.

Related:  What Smells Do Birds Hate?

A white noise app gives you access to several sounds. Some sounds you might find more calming than others so it is good to have an option. Another reason is you can control the volume of the white noise. You can choose to make it just loud enough to drown out the noise of chirping birds but not loud enough to disturb your sleep.

The white noise method is my preferred method of keeping the nocturnal sounds of chirping birds at bay.

Why are birds chirping at night? Scientists are not yet sure why, but they have theories. Most of the theories involve the social impact of singing. Fortunately, you can either keep birds away or drown out their noise so they don’t disturb your peaceful night.

1 thought on “Why are Birds Chirping at Night?”