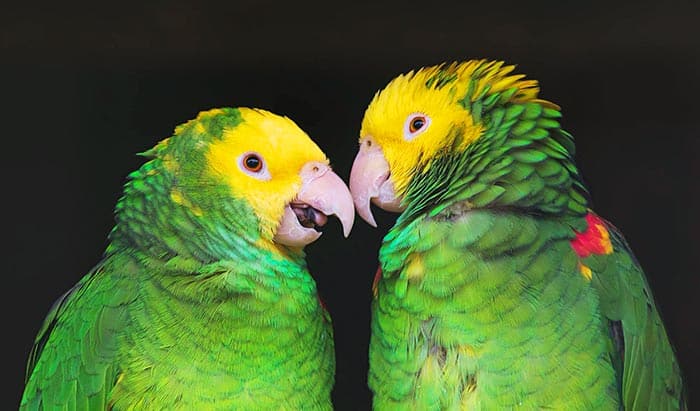 There are many reasons why many people will take birds as pets in their homes. But the most obvious is the ability of the birds to copy human speech, which is quite a unique and joyful experience when you hear it.

However, not all bird species can talk or mimic human voices. So, what birds talk the most? Some birds can learn incredible vocabularies of words, such as parrots, specifically the African grey. If you want to know what parrot talks the most and other bird species, check our list below: 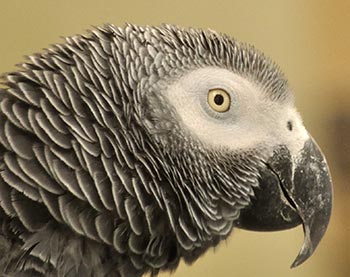 When it comes to talking birds, the African grey should be on top of the list. The reason? Many bird experts consider this bird the smartest among all the talking birds. This bird species is also considered one of the most intelligent of all the animals.

Most of the experts are saying that the way these birds speak and relate, their approach is considered similar to the level of a human toddler. There is some research that proves that this bird species has the most extensive capability in learning to copy speech from humans.

Related:  How to Treat a Sick Bird

African grey has the capacity to memorize up to 1000 words at the most when it is given the best and the most accurate training. But since this bird is very intelligent, it can be a challenge to take care and look after this bird. 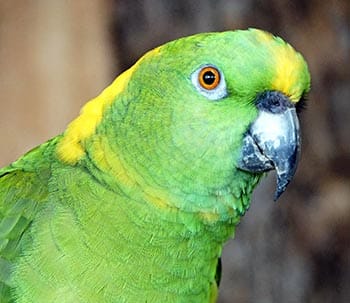 Of all the amazon parrots, the yellow-naped is said to have the best speaking abilities. These birds like to sing and come with a lot of intelligence. The yellow-naped Amazon parrot has the uncanny ability to copy human speech and human cadence.

This bird may not be a parrot but can learn extensive vocabularies, which is comparable to what the parrots can learn. This pretty little black bird has the unique ability to mimic human voices that come with various ranges and tonality.

This wide range of vocalizations includes screeching and whistling. They also have the ability to mimic human speech with the exact tone and quality. Furthermore, they can copy the human voice with excellent accuracy as well. 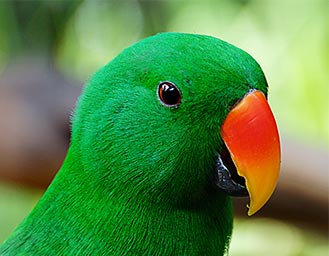 This parrot has the ability to verbalize distinctly while copying the tone and the mode of the language. The capability of this bird to copy human voices is strong, but it all depends on how the pet owner trains the birds, especially at a young age.

This bird species is also known for having the clarity of its speech. They also have the unique ability to sing not only a part of the song but the whole song if given the proper training. The male and the female may have different colors, but they have the same ability to talk and sing. 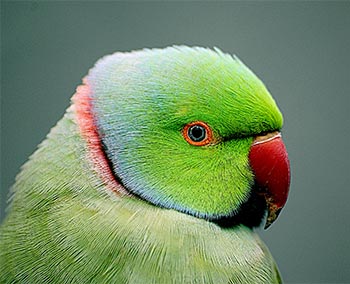 Indian ringnecks are considered very clever little birds. Their ability to develop a large vocabulary while speaking very clearly in a sentence. However, they have the limitation of mimicking the pitch of the human voice.

The Indian Ringneck will speak in their own bird voices while still carrying the mood of the phrase. However, these birds are more docile and quieter compared to other birds. So, you will need to train and interact with them appropriately to let them learn how to speak. 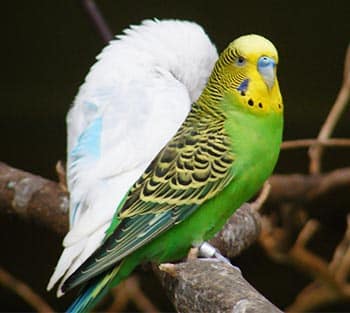 Also known as parakeets, budgies are considered a common little bird that has the ability to learn a large number of phrases or songs. But you will notice their voice, which is not really well-defined and has a very low pitch.

However, despite their very small size, the vocabulary of budges is massive. In fact, there is a budgie that holds the world record of the most extensive vocabulary in any word, which is pretty impressive. But when it comes to training, male budgies tend to train hard compared to their female counterparts.

Related:  What to Do if You Find a Bird Egg? 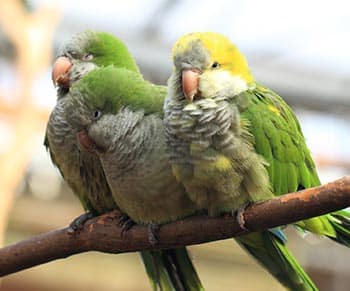 Also known as monk parakeets, this bird species is actually a small parrot that takes pride in having colorful plumage. These birds are known for being very clever and social while having the ability to develop and learn large vocabularies of phrases and words.

These cute little birds are often described as having the personality of a Cockatoo while being trapped in the body of a Parakeet. These birds will give you entertainment and are also very highly interactive. The bird also does not require the highest form of maintenance, which is impressive. 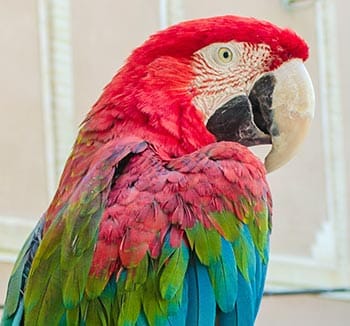 This bird species is considered the largest species among all the parrots. Macaws are also known for being full of energy and loudness. Their intelligence can also be a challenge to new caretakers or owners.

But more importantly, macaws may not have the speaking ability as the other parrots, but they can undoubtedly mimic the human voice. The learning will also be different in every macaw species, but these birds can also make your backyard very noisy.

What birds talk the most? Based on our list, several species of birds can learn and adapt vocabulary and phrases. Other birds can mimic human speech. Each of the birds featured in this article comes with different abilities in learning how to talk but rest assured that they can certainly entertain once they are inside your home with their speaking ability.