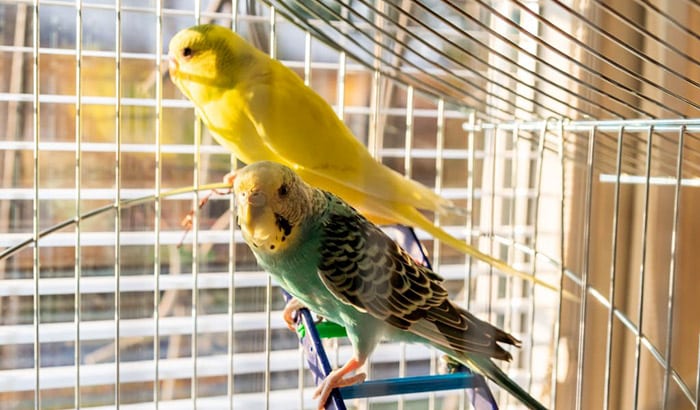 There are many reasons why a parakeet makes an excellent pet. These birds bring cheerfulness and fun once they are in your home. And this playful nature makes them popular as pets. However, identifying the parakeet’s sexual orientation for new pet owners is difficult because both males and females generally look the same.

Male and female parakeets can be identified through the different physical attributes that they have. There are some physical features that the male is different from its male counterpart. Please check below:

When a parakeet is a year older, the cere of both males and females will be well-defined. The cere is the fleshy area found above the bird’s beak, just below the eyes. A well-defined cere for a male parakeet comes in solid lavender or blue color.

On the other hand, the cere of a female parakeet which is usually found in the skin around their nostrils comes with a brown to white color. However, specific mutations may happen that make the cere more of pastel colors, but this is very rare.

But during the mating season, this can change a little bit. The male parakeet’s lavender or bluish cere will turn darker, turning into a purple color. Meanwhile, the female parakeet during this season will have rosy or tan skin.

You can also differentiate between male and female parakeets by virtue of the color of their feet. It is actually the same principle applied to the cere of both birds. But the parakeets should be mature enough or at least 12 months to have a well-defined color of the legs and the feet.

A mature male parakeet comes with both legs and feet in bright blue color similar to their cere. On the other hand, the mature female parakeets aged over 12 months or more come with both feet and legs in brown or pink color. 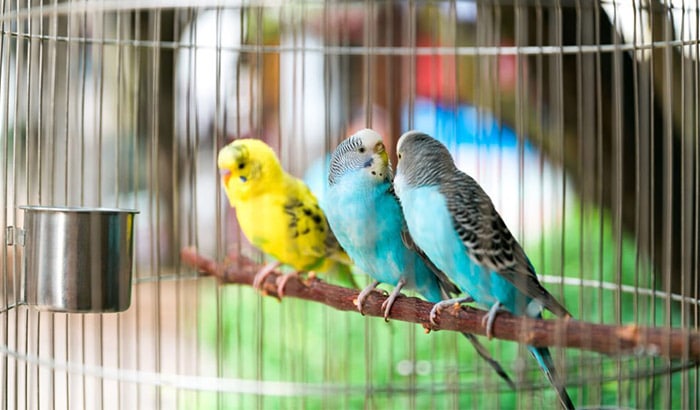 You can also identify male and female parakeets with the color of some of its parts when they are still immature or still babies. These so-called baby tints usually occur like a ring and will surround the nostril of the birds.

For the male parakeets, the baby tint usually comes with a pink or purple shade, while the females come with a white ring on their nostrils. Please note that these baby tints typically show up as early as one month old.

Check spots do not really grow on all of the parakeets, whether it’s male or female. But if it does, it can be one of the ways to determine the male and female one. Although the check spot is not really one of the most accurate methods but can certainly help.

If the cheek spots are visible to a bird, you can determine if it is a male or a female. The male parakeet comes with dark purple spots, while the female will have light purple patches.

If a parakeet learns how to talk, then that parakeet is a male one. On the contrary, the female parakeet will not be as vocal as the male counterpart, making them unable to learn how to talk. In fact, it is typical for a female parakeet to stick to one call.

On the other hand, the male parakeet is very sociable and interactive. They can bob their head and sing you a song once they learn it. When they are inside their cages, they often play and never have a dull moment.

The male parakeet also can get along well, especially when interacting with other people. They are tamer compared to their female counterparts and will likely talk to you if they like to do it. They can even be persuaded to play with your finger without any problem.

Knowing how to determine male vs female parakeets or other birds is a must skill to have if you have this bird as a pet in your home. There are different indicators that you can use to determine a parakeet’s sexual orientation, which is mainly based on their physical attributes and behavior.