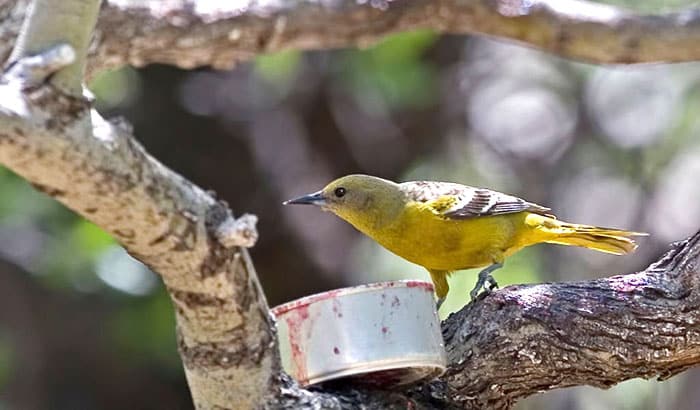 You can use a lot of things to lure birds into your garden. Of course, birdseed comes to mind first. However, you can also use grape jelly if you don’t have any birdseed at the moment and it works quite well. Now, the question is what birds eat grape jelly?

There is quite a variety of birds that like to snack on grape jelly, so you can be sure that your bird feeder will be quite popular. In this article, you will learn what birds like grape jelly and some tips on how to attract more birds to your feeder.

What Types of Birds Love to Eat Grape Jelly? 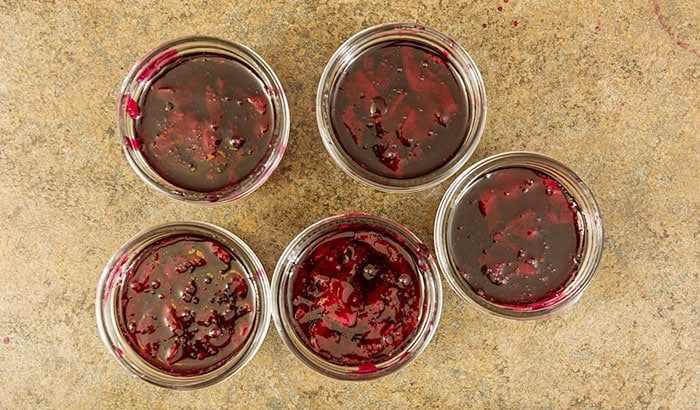 What birds eat grape jelly? If you have a bird feeder in your garden, you can load it with grape jelly to increase the chance of inviting many birds to flock to it. To give you an idea of what to expect, here are some birds who like to snack on grape jelly. 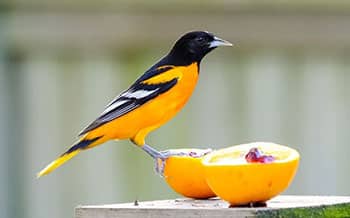 The Baltimore Oriole is a small bird that you can usually find in the Eastern United States and certain parts of Mexico. Orioles prefer living in forested areas but you can also find them venturing into suburban areas while foraging for food.

The oriole usually eats insects and fruits, making it omnivorous. However, they also enjoy sipping the nectar from flowers. These birds love eating grape jelly and oranges. 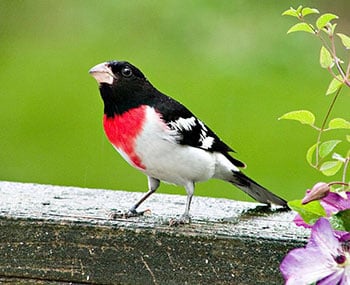 The Rose-breasted grosbeak is a medium-sized bird that you can see in most parts of North America, including Canada. You can usually find this bird on the East Coast and in the Central United States.

The grosbeak is omnivorous. They eat mostly fruits and small insects but they are also fond of eating grains and seeds whenever available. These are migratory birds, meaning you can find the rose-breasted grosbeak in pine forests, orchards, and suburban parks and gardens.

You can usually spot the yellow-rumped warbler in the Eastern United States throughout most of the year. They migrate to Central America during the winter.

The yellow-rumped warbler’s diet mainly consists of insects but they also feed on berries and grains if insects are scarce. These birds like to dwell in large and open areas with enough trees or shrubs to build their nests. You can find them almost everywhere from coastlines, forests, and even in suburban backyards. 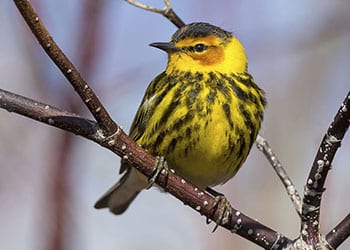 Just like the yellow-rumped warbler, the Cape May warbler is also a migratory bird. They usually breed in the Eastern United States and Southern California during the spring and summer. They would then fly down to Florida and Northern Mexico to escape the harsh winters.

Cape May warbler is a small songbird and they frequent areas near swamps, marshes, and the edges of forests where fruits and berries are abundant. You can also find them flying around at dusk catching mosquitoes in midair. 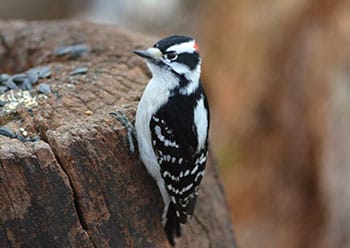 Unlike the common woodpecker, the Downy woodpecker is smaller and has a wider range of habitat and an expansive diet. You can find these birds all across Canada and in most US states except for Alaska.

These birds usually eat different insects, such as beetles, ants, and caterpillars. However, they will eat fruits like wild berries or apples if they can find them, too. These birds usually forage in trees. Just like other kinds of woodpeckers, the Downy woodpecker clings to the sides of trees and digs out caterpillars and beetle larva inside the trunk.

The brown thrasher is a songbird that is native to North America and on the Eastern coast of Canada. You can also find this bird throughout the United States. Despite having a diet that mainly consists of insects and spiders, they are also fond of eating grape jelly.

The brown thrasher also likes to eat grains, seeds, and other fruits whenever available. 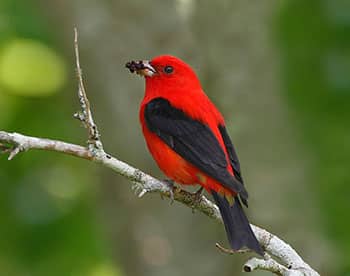 The scarlet tanager is a medium-sized songbird that is frequently seen in North America, mainly in the Eastern half. They frequent heavily forested areas but you can also see them in suburban neighborhoods when they are searching for food.

These birds got their name from the bright red splash of color on their breasts, wings, and heads. The color gets even brighter in males during breeding season so they can attract more mates.

Tanagers mainly feed on insects, like beetles, beetle larvae, ants, and caterpillars. However, they also eat wild berries and they are particularly fond of grape jelly. 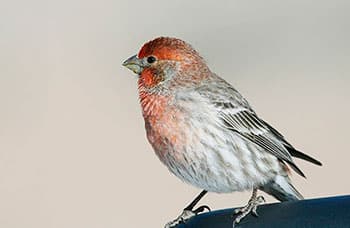 The common house finch’s natural habitat is within the Eastern United States and in some parts of Southern California. These birds’ diet consists mainly of seeds, grains, and berries. You can also usually see them in farmlands, grasslands, and most suburban areas.

This type of bird will typically eat anything that they can fit into their small beaks. They also like eating grape jelly and other fruit preserves. 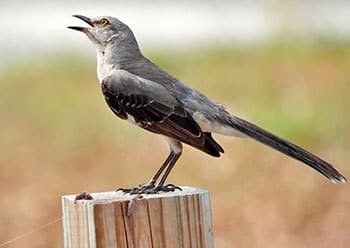 The Northern Mockingbird has a large territorial range. You can usually find them all over Canada, the United States, and well inside Central America. They prefer living in heavily forested areas and other places that have plenty of shrubberies.

These birds typically eat mostly insects and wild berries and fruits. However, they will eat seeds and grains during the dry season when fruits are somewhat scarce. Although most mockingbirds would mate for life, some males might have multiple partners during the breeding season. 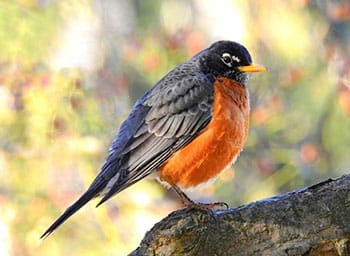 The American robin is a songbird commonly found all over North America and as far down south as Central America. It usually lives in forested areas but also thrives in suburban areas and city parks.

The American robin typically eats worms, insects, snails, and fruits. Robins are particularly fond of blackberries. These are among the first birds that you will see flocking towards your feeder if it contains grape jelly.

If you are an avid birdwatcher and you want more birds to come to your backyard, one of the best foods that you can use to attract them is grape jelly.

What birds eat grape jelly? There are lots of bird species that favor grape jelly over other kinds of food, so you can be sure that there will be a constant flock of birds in your yard. You should, therefore, have your binoculars and birding book at the ready because you will be seeing something new every day.