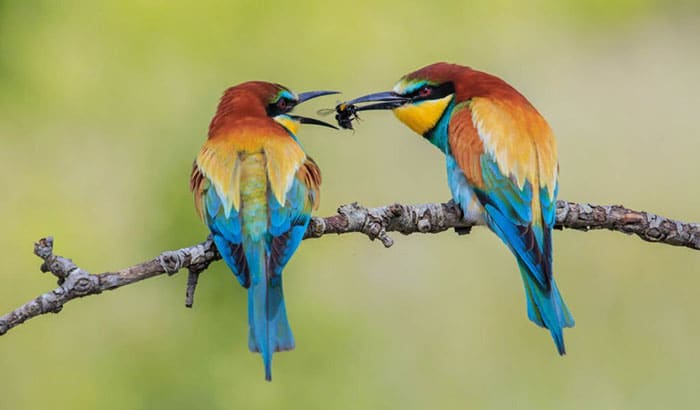 We all know that birds are aggressive eaters as they spend every day searching for food. The food choice depends on the bird species, but some birds eat unique food, such as bees and wasps.

But what birds eat bees? The first bird that comes to mind is the bee-eater which is very obvious. Other birds which eat bees, such as scarlet tanagers, northern cardinals, and purple martin, will be discussed in this article.

The most famous bird that eats insects is called bee-eaters for obvious reasons. Actually, they like to eat winged insects but prefer eating bees for their meals. These birds are known for their colorful feathers and vocals but what is unique about them is their hunting techniques.

Bee-eaters usually perch while waiting for insects to eat. They have excellent eyesight that has the ability to spot insects up to 330 feet. When they see one, they will pluck out the bee or any other insects for that matter with great accuracy and speed using their straight but thin beak.

It should be noted that 70% of their diet mostly consists of bees and wasps. It is the main reason why these birds got their official name. When they see a much bigger bee, the birds will kill them by smashing it to the ground while removing its sting and venom. 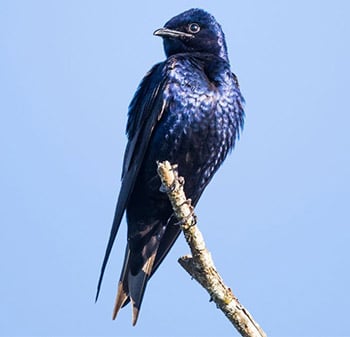 Another bird species that eats bees is the purple martin. These birds are known for their aerial activities, unique voices, and ability to tolerate humans. They are well-loved songbirds which can be easily attracted into your yard.

Related:  How to Attract Pileated Woodpeckers

But when it comes to food, they like to eat flying insects during meal time. These insects include winged ants, flies, bugs, beetles, and butterflies. But this bird also has a preference for eating bees.

Purple martins are considered a prolific eater of bees as they can easily eat them in huge quantities. Their aerial skills greatly help in catching those bees while flying. They are skilled hunters with the ability to hunt bees while in a diving motion. 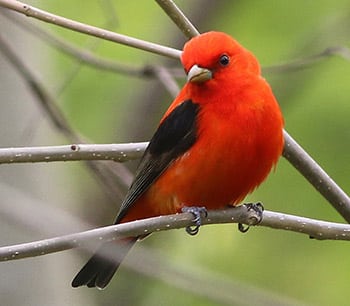 Scarlet tanagers are also known to include bees in their meals. Although very difficult to spot, these birds have one of the best vocals you can hear. And they have one of the most gorgeous looks you can see in the birds with their combination of bright colors.

When it comes to food, this bird species likes to eat insects and fruits. Their thick rounded bills are best suited for catching insects such as bees or eating fruits. Apart from bees, they also like to eat beetles, wasps, caterpillars, beetles, and moths.

But eating bees provides a significant portion of their diet. These birds can easily hunt and catch bees while in the air. Once they catch the bees in the air, they will return to the similar perch where they start hunting. 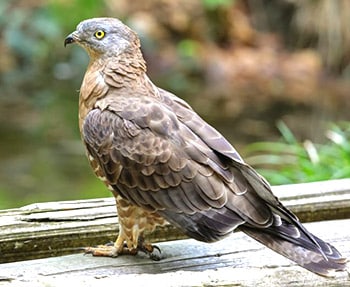 These bird species are raptors who earned their name due to their likeness of attacking the nests of bees and wasps. These birds are large and come with broad wings and tails. The honey buzzard is known to be very secretive but also active in looking for its next prey.

Related:  The Best Feeders for Blue Jays for 2022

Honey buzzards love to eat insects. In fact, these birds can dig up to 40 cm to eat adult insects and parts of their nests. But they also prefer hunting hives for bees, wasps, and hornets. They like to break the honeycomb to eat the beeswax and the larvae. 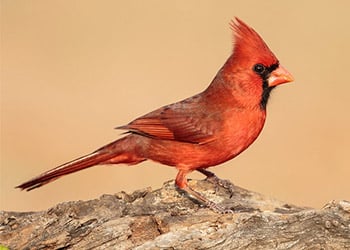 Another bird species that loves to eat bees is the northern cardinal. This bird is known for its unique alarm call and short metallic chip sound. Male cardinals are known for their bright red colors, while the females are dull brown and olive color.

Northern cardinals love to eat seeds and fruits in their meals. However, 30% of their diet is also composed of eating insects such as bees and wasps. This bird usually goes for the easiest food to catch, such as a bee hive. 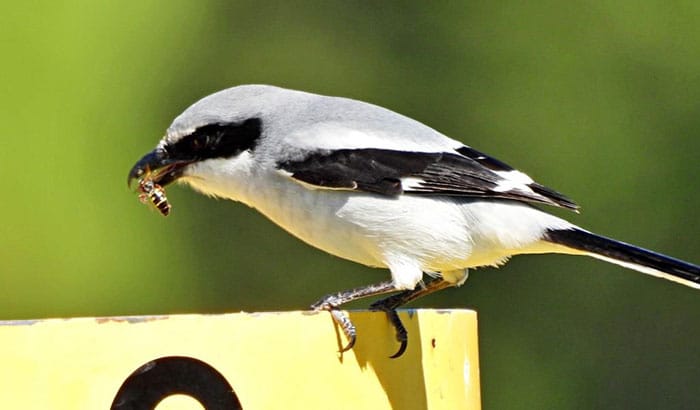 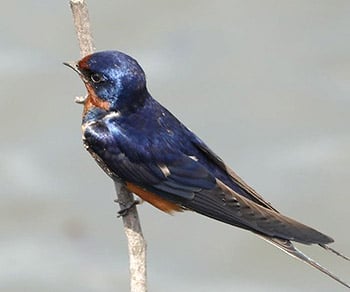 Swallows are one of the many bird species that love to eat wasps. These birds are known to produce different types of calls or songs. These calls or songs are being used to communicate and express themselves during courtship or communicating with other birds.

Swallows love to eat insects such as caterpillars, spiders, grasshoppers, spiders, and snails. But they also have a preference for eating wasps and bees. The swallows are excellent hunters too. Once they spot a wasp, they can dive and easily catch the wasps with their speed and accuracy.

Related:  How to Attract Painted Buntings 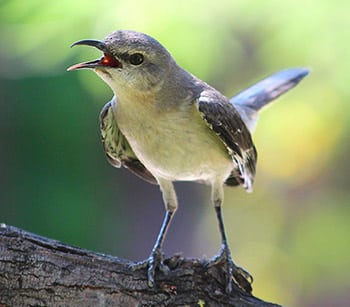 Another bird species that likes to eat wasps are the mockingbird. These birds are known for copying sounds from other birds. These birds can also sing and produce sounds that are unique to their species.

However, when it comes to food, their preference differs depending on the season. During the winter, they like to eat fruits during the winter and full. But, during the summer, they want to eat insects, including wasps and bees.

Learning what birds eat bees only proves that birds are aggressive eaters as they eat several varieties of foods. Birds that love to eat bees also like to eat wasps. Eating both bees and wasps is a significant part of the bird’s diet and brings nutrients that they need in their body.