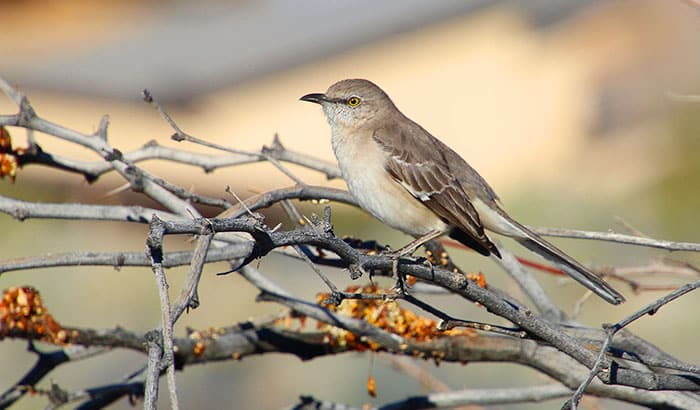 Mockingbirds are known for their singing and ability to mimic other animals’ sounds. Unlike other songbirds, they tend to sing all day and night, especially when searching for mates.

Mockingbirds are loud and persistent, sometimes even aggressive in protecting their territories. For this reason, many wouldn’t want them near their homes, especially near feeders, as they might scare off other birds.

If you live in an area where mockingbirds reside, you may wonder how to get rid of a mockingbird. Here are some simple things to know and tips to try if you’re planning to scare mockingbirds away.

What to Know Before Trying To Get Rid of Mockingbirds

As an owner of a bird feeder, you may have found mockingbirds worrisome. Surprisingly, it isn’t too hard to keep them away. However, there are several things to keep in mind before doing so.

Mockingbirds are included in the list of bird species protected under The Migratory Bird Treaty Act (MBTA). Therefore, make sure to safely scare them away and not hurt them.

Fact: The Migratory Bird Treaty Act was passed way back in 1918. It aims to sustain the birds’ populations by prohibiting actions that can harm or kill them.

It is illegal to kill or even capture these birds unless you have permission.. Even their eggs and nests are not to be touched, so you must be extra careful.

Related:  How to Make a Bird Seed Catcher Tray

According to biologists, mockingbirds can recognize and remember people, so you wouldn’t want to make a bad impression of yourself. Otherwise, you may be attacked whenever the exact bird spots you.

How to Get Rid of Mockingbird at Feeder 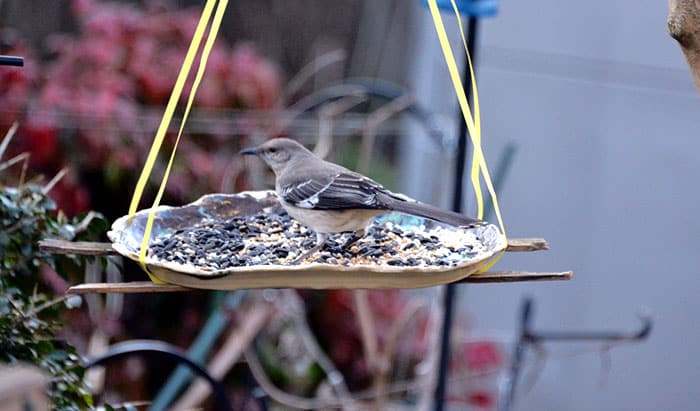 Before doing anything, make sure it will be safe for both you and the mockingbird. So, here’s a list of simple tips a bird feeder owner can follow.

If you haven’t tried anything yet and want to start with something simple, water would be your best option.

Using water to scare mockingbirds away can be an effective way. You can use anything that will give you control to reach the mockingbirds — a water gun, hose, or anything else.

This tip applies to those with trees near their feeders where mockingbirds may stay or build their nests. It’s more of a prevention that you can try to reduce the chances of mockingbirds staying near your feeders.

You may want to do this before their mating season, which is usually between February and August. 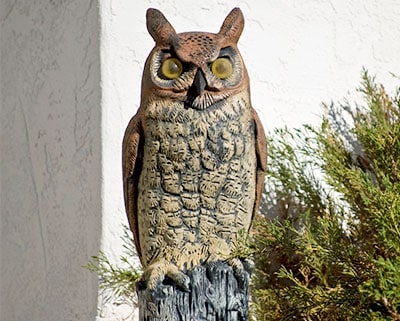 Owls and hawks are some of the mockingbirds’ predators. Whether a cutout or a decoy, having any of these two can be an effective prop to scare away mockingbirds.

But of course, don’t be complacent as this doesn’t 100% guarantee to do the work. Some may be too brave to have the courage to go near and attack them, or a fake display may be too obvious to scare mockingbirds away.

Related:  How to Feed a Baby Mockingbird

Aside from the fake displays, opting for an offending or scary sound for mockingbirds may drive them away. You can use extremely loud noises or even sounds of owls and hawks.

For those willing to invest in a more effective one, there are also bird repellent speakers. Some of those devices even come with built-in lights that target not just those troublesome birds but also snakes that bother the feeders.

Just like the visual deterrents, make sure to place this at a good distance from your feeder where it can be easily heard even when mockingbirds are just approaching.

Mockingbirds are not the most pleasant or even the friendliest species you’d want near your home or feeders. Figuring out how to get rid of a mockingbird may seem simple, but make sure you do not overdo it or use harsh measures to hurt the birds.

Various ways are available to try, but not everything is guaranteed to work for each one of them, so make sure to go and find which among these will work for you.