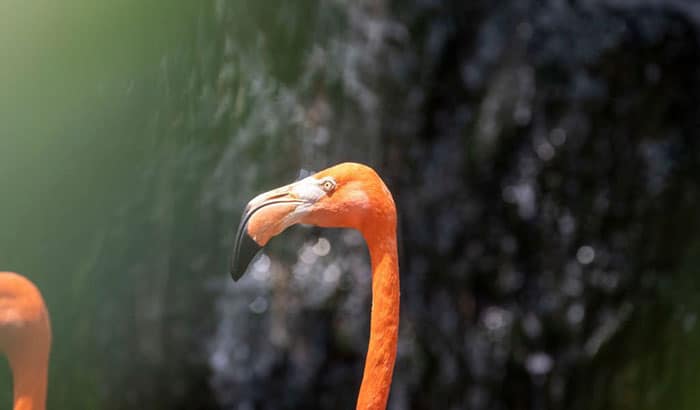 Of all the parts of the birds, no one is paying attention to the beaks. This part of the bird’s body is essential for them because it is their primary tool for scavenging food and eating. But what is unique about the bird;’s beak is its different forms and sizes.

But why do birds have different beaks? Every bird species comes in varying shapes because this part of the bird has evolved to adapt to the birds’ diet needs, and lifestyle. The beak is used to gather food, defend from predators, mating, and for other functions. The different shapes of beaks and their usage will be discussed below:

One shape popular among bird enthusiasts is hooked beaks which the birds primarily use for scavenging. The bird’s shape is characterized by the upper part sticking out on the lower part of the beak. This shape fits perfectly with how the birds used it to find food.

Birds with hooked beaks are usually those carnivorous birds who like to eat meat, such as eagles, falcons, hawks, and owls. These birds use their beaks to open and tear the flesh of their prey before they eat.

In addition, the lower portion of the beak can be described as flat and sharp. The function of this part of the beak is to break those hard fruits or seeds. Birds with short curved beaks include macaws, parrots, parakeets, and cockatoos.

There are also birds with cone-shaped beaks, which are primarily used for seed-eating. This type of beak is a short but sturdy beak that comes in a conical shape. The toughness and the shape will be used to break and then open the seeds.

Birds who love to eat seeds are called granivorous birds. These birds come with a short but strong beak that will be used to eat the seeds. Among the birds which have conical-shaped beaks include canaries, goldfinches, and sparrows.

Straight or Elongated Beaks for Insect Eating and Chiseling 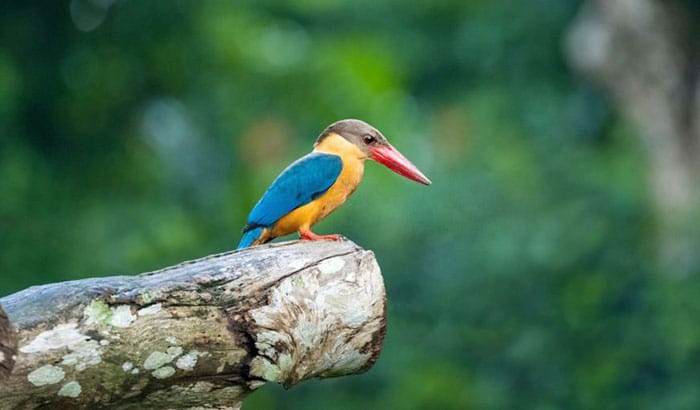 Bird species that are insectivores or love to eat insects come with straight thin beaks. However, there are different ways that the birds catch which also influences the length of their beaks. Birds such as swift and swallows usually catch insects in the air by opening their mouths wide.

These types of insect-eating birds have short but wide beaks. On the other hand, some birds like it when they are standing. These birds, such as the robins and bee-eater, come with a short but straight thin beak.

Some birds like to feed insects on the ground. An example of this bird is the hoopoe which has thin but elongated beaks. Insect-eating birds also come with different shapes of beaks depending on how they catch insects as their food.

Then, there is the hummingbird which is a unique bird known for building nests in woods by making holes in them. This bird comes with a strong, thin beak used to peck through the woods to build nests or look for bugs, which is their food.

Birds that love feeding on nectars of flowers usually come with thin, long beaks. What these birds do is insert their beaks into the flowers to be able to have access to the nectars for the flowers for feeding.

An excellent example of these nectar-feeding birds is the hummingbird. These birds usually swoop into their target flowers when looking for food. These birds also play an essential role as primary pollinators of the flowers. Both the flower and the bird form a symbiotic relationship with each other.

Ducks, swans, and flamingos come with different eating habits. These bird species usually rely on riverbeds and ponds to get food, but the filtering system makes them unique, where the mouth can separate the water and food they will eat. These birds usually come with wide and flat beaks and are responsible for filter-feeding.

Shorebirds such as spoonbills, herons, cranes, storks, and egrets usually come with spatulate beaks, which will be used for dip netting. These long and large beaks will target small animals, molluscs, and other found, usually found at the bottom of the pond.

Birds that like to eat fish usually come with large, long, and strong beaks, which will be used for dip netting. These birds include seagulls, albatrosses, and pelicans, which consistently catch fish as their primary food source.

These large and long beaks will be used to take a large volume of water while storing the fish inside. Then, the water will be drained as the catch will be swallowed immediately.

Learning why do birds have different beaks is essential information that will make you understand how nature works. The beak is an essential part of the bird for getting the food, but the shape and the form of the beaks differ in how they find and get their food. The beak’s shape obviously adapts to how the birds get their food in the wild.