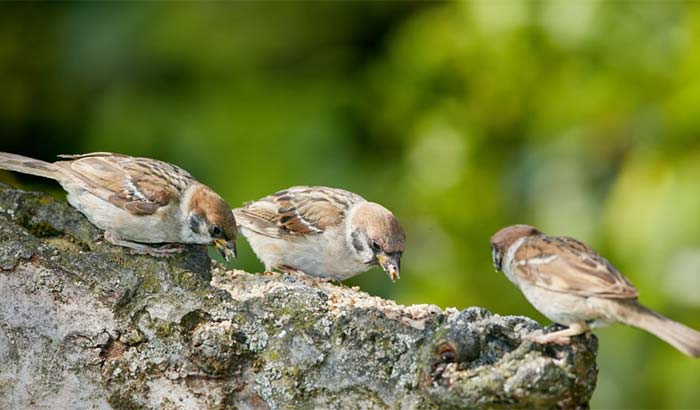 Many bird watchers will be surprised to know that birds also eat rocks. We often think that birds usually eat different types of seeds, insects, among others. But rocks? It is not something that a lot of people know, especially those casual birders. In addition, you will be surprised that there are many birders now that also uses rocks in feeding different types of birds.

But why do birds eat rocks? Many birds eat rocks because it helps in their digestion. Since birds do not have teeth to use for chewing the food, any food that cannot be broken by pecking or clawing goes down the hatch whole. The bird has a gizzard that uses the rocks to mill food into smaller pieces, which helps extract nutrients. In this article, we will deal with all information about the importance of birds eating rocks.

Why Do Birds Eat Stones?

Compared to humans, the digestion process of the birds is quite different for the simple reason that the birds do not have teeth. The bird has one important part of its digestive system, which is known as the gizzard. Many experts called it the avian teeth because the gizzard works similarly to what the teeth function in the digestive system of humans. Meaning its primary purpose is to grind the foods that the bird has eaten.

Related:  How to Make Bird Seed Balls Without Lard

When the bird eats, the food is temporarily stored in the crop, which is a part of the esophagus. In order to help the gizzard in the digestion process, the bird will swallow sharp stones, which in turn will be held by the gizzard. Through muscles contractions, the gizzard, with the help of the gastrolith, grinds the food to let the bird chew everything it has eaten.

As time goes by, the stones will lose their sharpness which means the bird will remove them from their body through vomiting. The bird will again find another sharp stone that will be swallowed again to help in its digestion process. 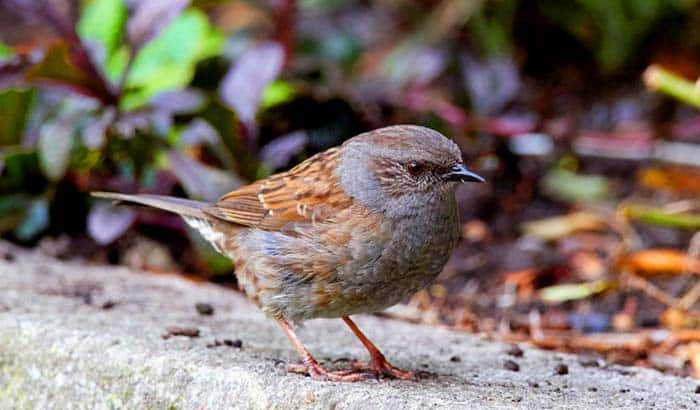 As I mentioned earlier, the gizzard is an integral part of the bird that plays a crucial role in its digestive system and is located just under the stomach. It can be comparable to a muscular pouch which can be filled with rocks. Since birds do not have teeth, they will swallow gravel or rocks, and as they swallow their food, it will go directly into the gizzard, which I said is a muscular pouch, and it gets massaged around with the rocks in that pouch which action is comparable to how humans chew their food.
It is usual for the birds and other animals that lack teeth to swallow rocks to help in the digestion process of their body. These little stones eaten by the birds are gastroliths or stomach stones. Apart from the birds, other animals use the gastroliths to aid digestion, such as reptiles, earthworms, seals, amphibians, toothed whales, and some fish.

Related:  The Best Bird Seed for Cardinals in 2022

Meanwhile, the gizzard, also known as the gastric mill, is part of the stomach that grinds food. It is the bird’s nature to swallow their food because they lack teeth. So, they swallow everything they have eaten, and all of the foods will go to the gizzard. All of the rocks and sharp pebbles that the bird ate will also be stored in the gizzard.

The gizzards will then contracts and grind the gastroliths and the food inside against each other as a part of its digestive process. It is actually the gastroliths that perform as the bird’s teeth as it helps break down the food to help the digestion. Once the gizzard has performed its function, the food that was broke down will be passed to the stomach to continue the digestive process.

The process above explains some portion of the overall digestive process of the birds. It explains how the rocks which the birds eat help grind and break down the foods they eat. As I have mentioned earlier, the rocks inside will eventually become rounded and smooth where the birds will excrete and then will be replaced by sharper stones.

Additional Information on the Digestive Process of the Birds

Related:  How to Protect Grass Seed from Birds

Why do birds eat rocks? For the simple reason that the birds’ eating rocks are part of its overall digestive process. The birds use the stones to help grind or break the foods they have eaten inside the gizzard, an essential part of the stomach that helps break down the bird’s food. Also, when birds eat rocks, it is not their main diet because it will only be used to help in the digestive process of the bird.