Many people, especially bird watchers, often wonder if birds smell food. This is especially true after seeing birds flock to a feeder.

It is common for most birds to have a highly developed sense of sight. Birds’ eyes are highly similar to those of mammals since they are derived from an evolutionary standpoint from reptile eyes. Some herbivorous birds and birds of prey have eyes capable of focusing on distant objects.

In contrast, the majority of birds have a poor sense of smell and only a handful can actually smell. For example, kiwis, seabirds, vultures, and parrots have olfactory glands that are well developed. This means that these birds have some sense of taste and smell.

Unlike humans, most birds do not use their sense of smell. A breeze quickly disperses odors from food, mates, prey, or enemies,

It is the same with taste, which is connected to smell as birds are also less dependent on their sense of smell.

So as for the question, can birds smell food? The answer is yes, although most birds lack much sense of smell or even taste.

Related:  Why Do Birds Eat Rocks

Which Birds Have the Best Sense Of Smell

According to a new study, turkey vultures possess the strongest sense of smell of all birds, which explains their wide distribution.

This is why In terms of traveling to a meal purely by smell, the turkey vulture is unmatched.

Do Birds Find Food By Sight or Smell? 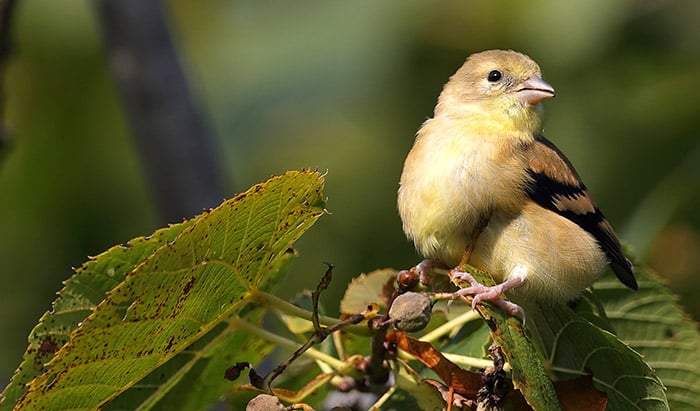 The majority of birds hunt their food mostly by sight. Birds fly around surveying places from the tree tops to find potential new food sources.

Birds spend a lot of time finding food since they are small and warm-blooded animals. The only way they can keep their energy levels high is by eating frequently. This is primarily why birds have become very good at hunting for food.

Birds also boast of good memory, allowing them to remember where food is often abundant or be on alert for changes in the landscape that may offer them a clue or where food can be found.

There are, however, some exceptions as some birds’ senses of smell are well developed and thus rely on smell to find food.

For example, carrion birds are unusual as they have a well-developed sense of smell. Likewise, vultures and their family’s sense of smell are comparable to those of dogs. These birds then use their sense of smell to find dying and eat animals.

Aside from their sense of smell, birds also rely on sounds to find food. Many research suggests that birds do tell one another via movements and vocalizations that they have found food.

Typically a bird would find the food source and call out to others. Other birds would then check out the area. This kind of communication enables birds to forage food efficiently.

How Do Birds Catch Food? 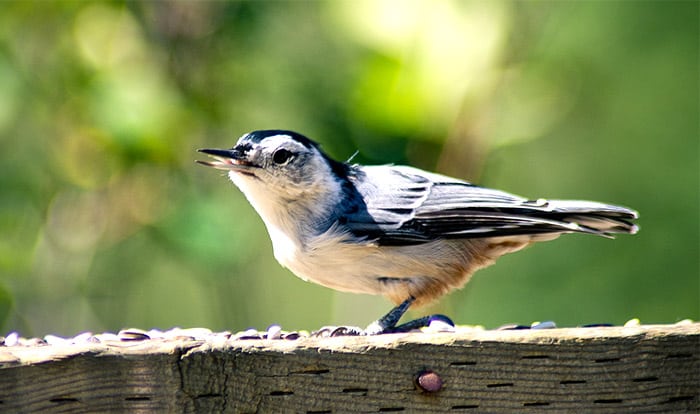 Birds catch food in different ways. Some birds fly over lawns, feed on fish, catch insects in well-lighted areas, or wander along beaches with their beaks ready and open.

Birds generally have a poor sense of smell. And for many pondering the question, do birds smell food, the answer is some can. But generally birds rely on their sense of sight to hunt food. This is because birds have a highly developed sense of sight and even sounds.

There are, however, some exceptions. For example, turkey vultures boast of a strong sense of smell among birds and thus can travel to the nearest food source using their sense of smell.