Pines exist in every Eastern Forest, but the Pine Barrens and Pinelands are dominated by pine trees and therefore requires it’s own section in the Habitat of Birds. 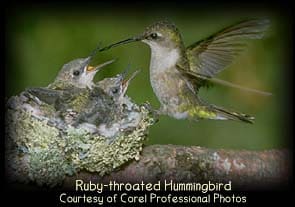 In the Eastern United States, the Pine Barrens are found in central and southern New Jersey and cover almost 1 1/2 million acres bounded on the east by the Atlantic Coast and on the west by deciduous forests. The term barrens indicates land covered with stunted forests and with poor soil. The Pine Barrens of New Jersey occur mostly on sand and are dominated by Pitch Pine. The Pine Barrens have wet lowlands and dry uplands. In the lowlands, swamp-like forests are dominated by Red Maple, Swamp Magnolia, Pitch Pine, shrubby plants and ground cover that grow in damp soils such as Bayberry and Chain Fern. In the drier uplands the barrens are dominated by Pitch Pine and some other pines such as the Shortleaf and Virgina Pines. Shrubs such as Black Huckleberry and Bear Oak form thickets under the pines. Common birds of the Pine Barrens include the Carolina Wren, Blue Jay, Carolina Chickadee, Eastern Towhee and Northern Mockingbird. 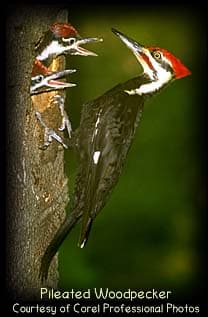 From the southern New Jersey Pine Barrens south to Florida and west to Texas, are the Southern Pinelands. These pinelands consist of pure groves of Loblolly Pine and Longleaf Pine mixed with Hickories and Oaks, Slash Pine and Sand Pine, Shortleaf Pine with Hickories and Oaks with swamps, bogs and bays. In the States of Georgia, Maryland, Virginia, Florida and westward to Texas, the Southern Pinelands differ due to differences in soil, drainage and precipitation. The Pinelands of Maryland and Virginia contains mixed deciduous forest and the Pitch Pine of the New Jersey Pine Barrens is replaced with Virginia Pine. The more south we go, the forests are dominated by Longleaf Pine and swamps are encountered. Pineland fires have benefited the Red-bellied Woodpecker in that they nest in dead trees while on the other hand the Red-cockaded Woodpecker nests in live Longleaf and Loblolly Pine.